If you’ve been watching our YouTube channel, you may have noticed that we’ve used the “Hangouts on Air” feature of Google Plus to produce some of our videos. They start out as live broadcast events, then turn into YouTube videos for watching later. Hangouts on Air is a new, powerful, free platform for anyone to have a broadcast ‘show.’ No television studio, no television required. Just a good Internet connection and a computer with a webcam. Learning how to use Hangouts on Air has been rocky at best, there are a lot of quirks, and Google keeps changing it. But, it’s been clear to us that we want to use it for the teaching we do. What better way than to jump in the deep end and commit to a weekly show!

We’ve decided to focus our show on mobile technology, smartphones and tablets, because those are such useful devices for travelers. Many people don’t even travel with computers any more because their phone or tablet does everything they need. We also wanted to make it clear that we are not presenting ourselves as the experts – there’s simply no such thing when it comes to mobile devices. There are hundreds of such devices and thousands of Apps for them. We’ll be asking the questions as much as we’re answering them. We plan to have guests on our show as well. The show is described as “Exploring Smartphones and Tablets.”

We’ve been using, and teaching, smartphones and tablets for several years now. We just recently bought new phones – Samsung Galaxy – and we feel like beginners all over again! We will always begin our show with information for beginners. Once we start spotlighting Apps and answering questions, the information can escalate to higher levels, so we’ve committed to starting each show at the beginner level. Then we’ll spotlight an App or two, then we’ll take questions. Our plan is to keep the show to a half hour.

The show is scheduled for Sunday afternoons, at 2pm Eastern time. You should see announcements for the show on our Google+ Page, and you can click the Yes button to indicate you plan to watch. This will put an entry in your Google Calendar and you will get reminders of the event. If you don’t have a Google account, you can still watch, but you can’t interact.

At the start time, you can go to the same Geeks on Tour Google+ Page and click the play button you see on the event. You can also go to our Youtube page and watch it there. There is a place on both the Google+ page, and the Youtube page where you can write comments. Please enter any questions you may have there. If we don’t get to them during the live broadcast, we can address the comments.

We will also post a link to our Facebook page. Click that link to watch the live – or recorded – event. Immediately following the live broadcast, the recorded Youtube video will be available at the same location.

Nobody is an Expert! 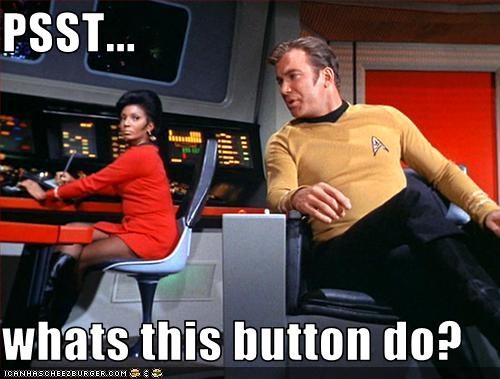